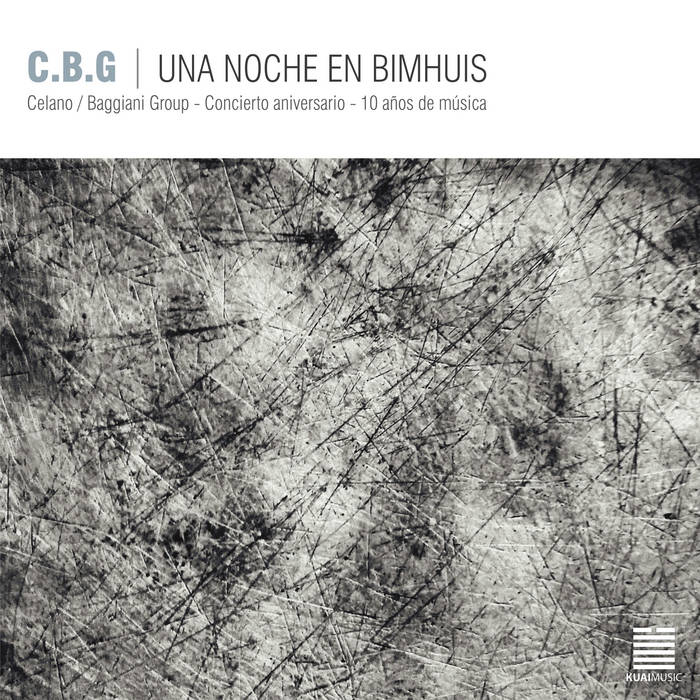 Produced by Marcos Baggiani and Guillermo Celano in collaboration with Bimhuis and Bimhuis Radio.

Guillermo Celano and Marcos Baggiani met in 2001 in Amsterdam and a clear musical affinity propelled them to a long-standing collaboration, plunging together into Amsterdam's eclectic jazz and improvisation scene. In 2005, after a few years of participating in different shared projects, they decided to co-direct their own group. In the last months of 2005 his first album, "Figures" appears.

To celebrate this decade of shared music, the band organized a series of concerts. As part of their anniversary tour, they played at Tivoli Vredenburg (Utrecht), Lantaren Venster (Rotterdam), De Ruimte and Huis de Pinto (Amsterdam), Roscam (Brussels), Jazz at Home Festival (Mechelen) and Bimhuis (Amsterdam), venue where the recordings were made. The experience of this tour opened the doors to a special construction of dynamics, colors, creative energy and improvisations.

«An euphonic birthday»
«… More than ten years ago, guitarist Guillermo Celano and drummer Marcos Baggiani formed the CBG (or Celano / Baggiani group) group that changed its formation over the years, collaborating with different constellations of musicians…
One decade of work is a good pretext to celebrate together with some of these musicians who have played and recorded on the six CDs that the group has released: Joachim Badenhorst and Michael Moore in sacks and clarinets, bassist Clemens van der Feen and saxophonist Natalio Sued as a surprise guest ...
... with a willing heart we went out into the night. »
Ben Taffijn 11.7.16 Source: Draai om je oren, NL.
www.draaiomjeoren.com

Bandcamp Daily  your guide to the world of Bandcamp